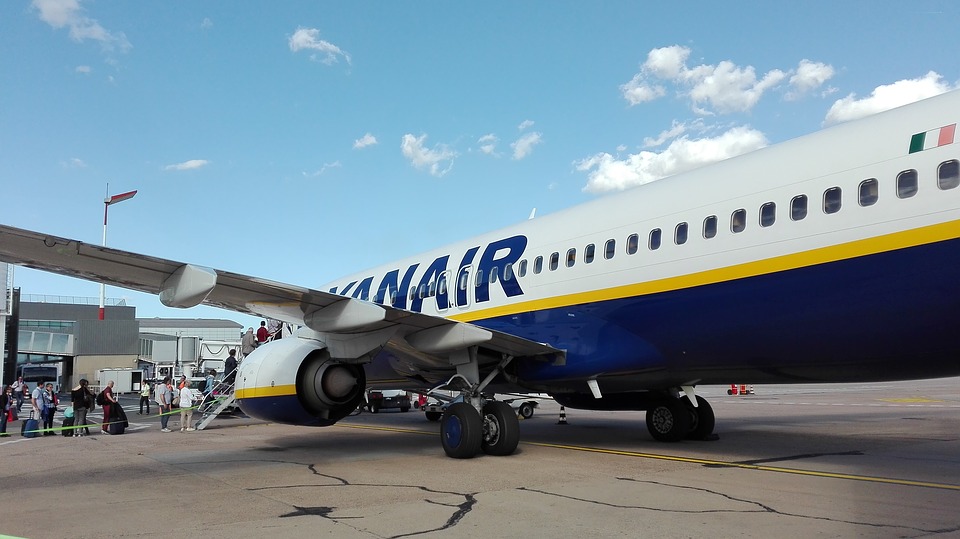 Is Ryanair ahead of the pack?

The answer is probably both are true to some extent. Sometimes you really don’t see it coming.
Ryanair’s CEO claimed earlier this month the airline is working with Google.  It seems an unlikely pairing. The scoop is Ryanair is providing Google with information to assist the building of a flight search comparison tool:  Basically what I would call a vertical search engine. The news broke in mid-January.  However a more formal announcement has come in the last day or so, with the news that there is indeed a tie-up. The airline’s 1500+ flights will be available for searching via Google Flights in the UK and elsewhere in Europe.
That Google has any interest in flight comparison tools will come as a surprise to many readers of my blog. But if you are based in the US, you’ll know a tool has been in development and use for years.

Previously Google had purchased ITA, a travel software company. Flight Search itself dates from September 2011 when it had a limited launch in the US. The result was to offer searchers a more integrated (vertical) flight search experience. Moving forward to early 2012 you find the tool expanded internationally to cover 500 airports outside the US but for US based travellers. In March 2013 the tool became available for travellers based outside the US.
The new tie-up with Ryanair is probably best thought of as Ryanair’s tie-up with Google.  CEO of Ryanair, Michael O’Leary says the deal will “dramatically” change how people book flights.  Airline marketing people say this is just one of a number of ways the airline is overhauling its approach to digital media. There’s also been a new mobile app and the ability to use mobile boarding passes. There’s also a refresh of the company’s website on the way.
Until now flight search tools have largely been a question of plugging in your dates and destinations and viewing a list of options. The Google Flight Search tool is a completely different animal using graphical displays to illustrate price comparisons between cities in one country or across different countries.
Is this another example of Google taking over the world? I mentioned vertical search earlier. There’s a long running EC Antitrust investigation about this very subject.   While the US authorities didn’t take up the matter of vertical search, the EC isn’t so easily put off.  That said, the EC investigation isn’t yet finished.
Why do Google’s vertical search options get preferential treatment?  If you are unclear what I am speaking about, Google just about any product you care to mention. Under the top PPC ads you’ll now find products displayed from Google’s shopping vertical.
What we are really talking about then is that precious screen real estate on the first page of the serps.  As Google seeks to maximise its advertising revenue, it’s not difficult to forecast a time when we’ll all be discussing how internet marketing can help you get on the second page of the serps.